International Mr. Bootblack 2018, Lucky Rebel, is originally from San Diego, California. Growing up in a motorcycle family, he developed an interest in leather early. He currently lives in Portland, Oregon where he served as Mr. Oregon State Leather, 2016. When he’s not actively working on dismantling white supremacy, tearing down the patriarchy, and smashing the status quo, you can find him hustling his handmade leather care products, “Rebel Rubs and Suds.” He is proud to be an Onyx Northwest Brother and uses his influence to promote the concept that “Representation Matters.” 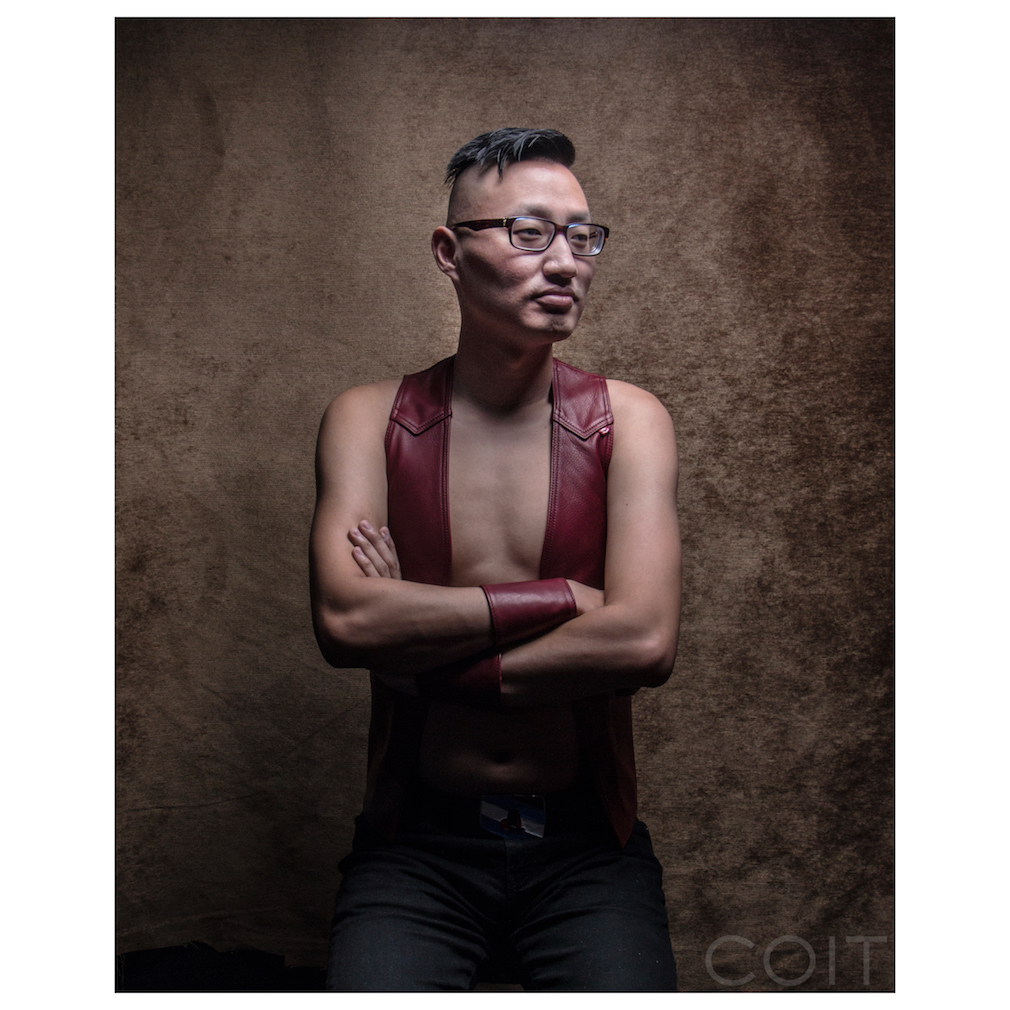 Pawlish, International Mr. Bootblack 2017, is passionate about learning and mentorship—fostered by his years at a particularly “fruity” company. After 18 moves across 3 continents, what he’s learned is to stay hungry, and working in IT for an Bay Area startup fits that bill… for now. That hunger also persists when it comes to Leather & kink, where he loves discussing social impact and challenging others’ perspectives. He’s found resonance with puppy play, bootblacking, and Sir/Daddy roles. Navy, red, and houndstooth, all on the left, are his favorite hankies, but don’t be afraid to ask about others! You can find him wagging away while putting a shine to a boot, snacking on whatever he’s recently baked. Pawlish is Sir to Pup.Gadget and lives in Cincinnati with his husband, Bamm-Bamm. 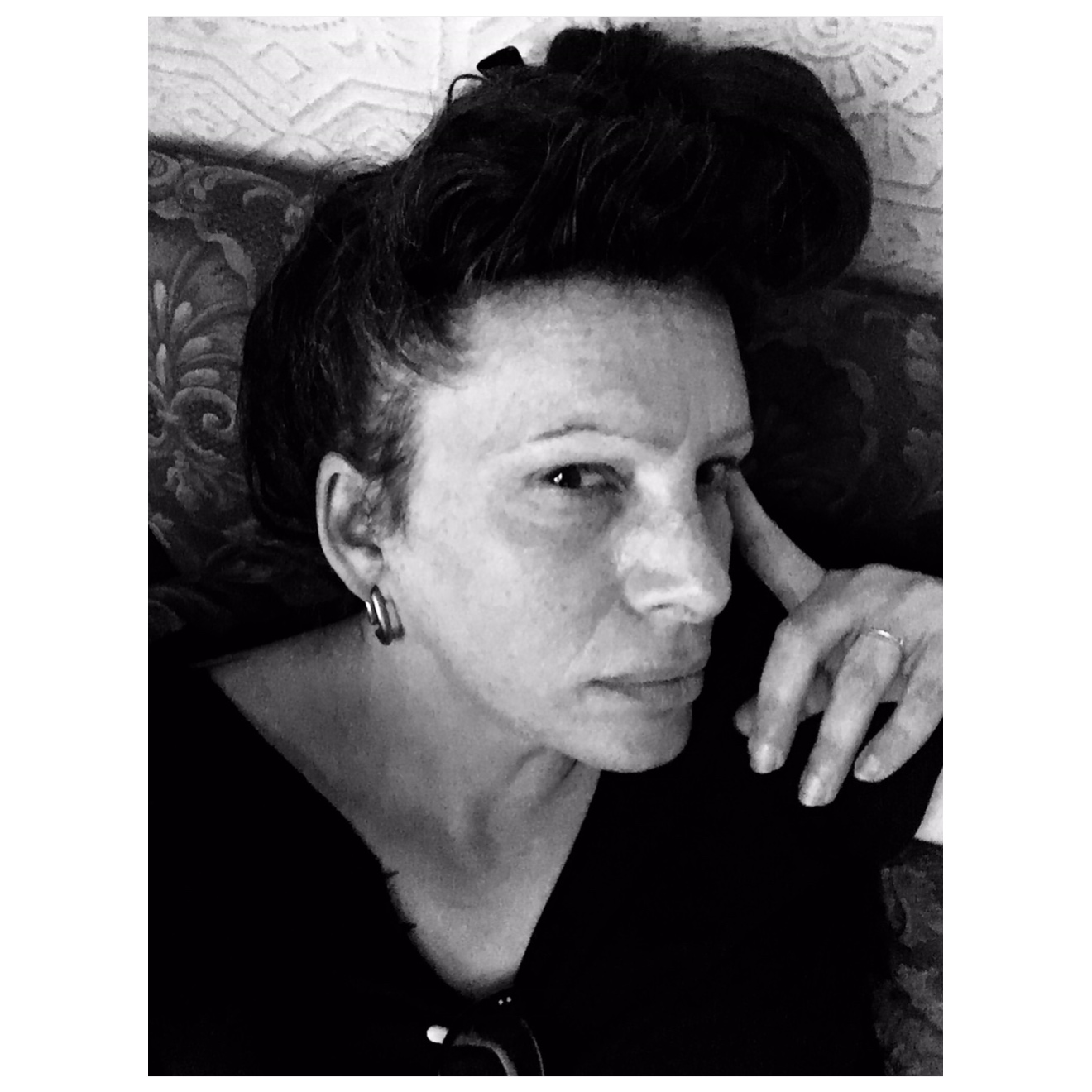 Marlene Hoeber is board president of The Center for Sex and Culture, a long-time member of various leather communities, a queer history nerd, and somebody’s mom. In 1991, she co-founded a college campus-based student leather organization and began her life-long love of making information about sexuality available to people who need it. For Marlene, sexual liberation is integral to her notions of revolutionary politics, coming close to the need to keep people fed and clothed and housed. She loves to tinker with things (both literally and metaphorically) and makes her living as an engineer, designing and building laboratory equipment for scientists. Feed her a couple of drinks in the right company, and you can get her Philadelphia accent to come back as strong as it was when she was a kid. 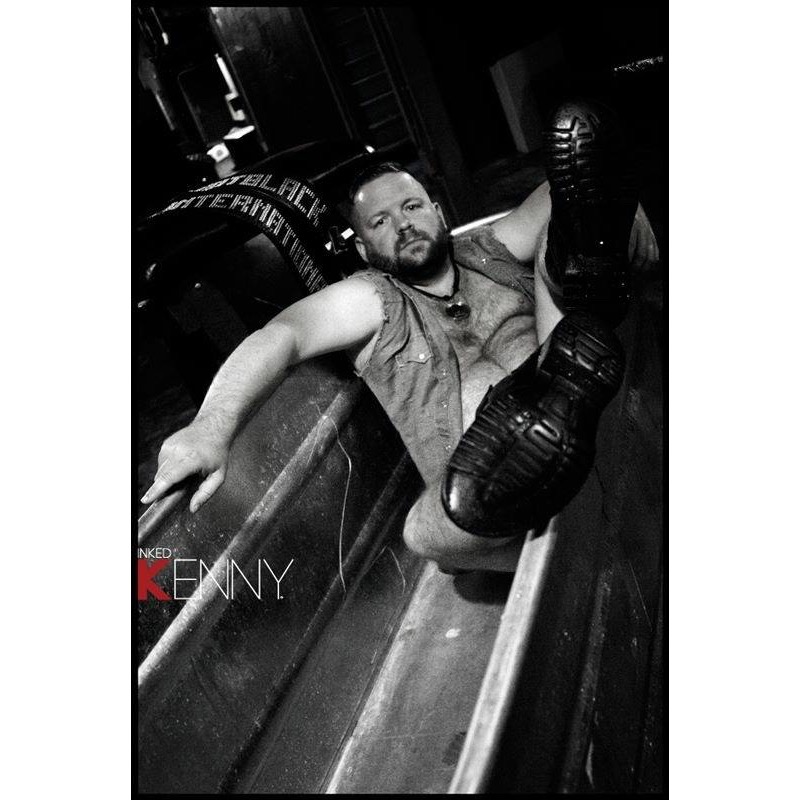 You can now find him groping every pair of boots in sight whenever he gets the opportunity to bootblack, as well as teaching classes at events around the world and perverting everyone willing along the way. He currently calls Cincinnati home with his husband & fellow IMBB, Pup Pawlish, and is also celebrating 6 years as the proud handler of the infamous pup Tugger. 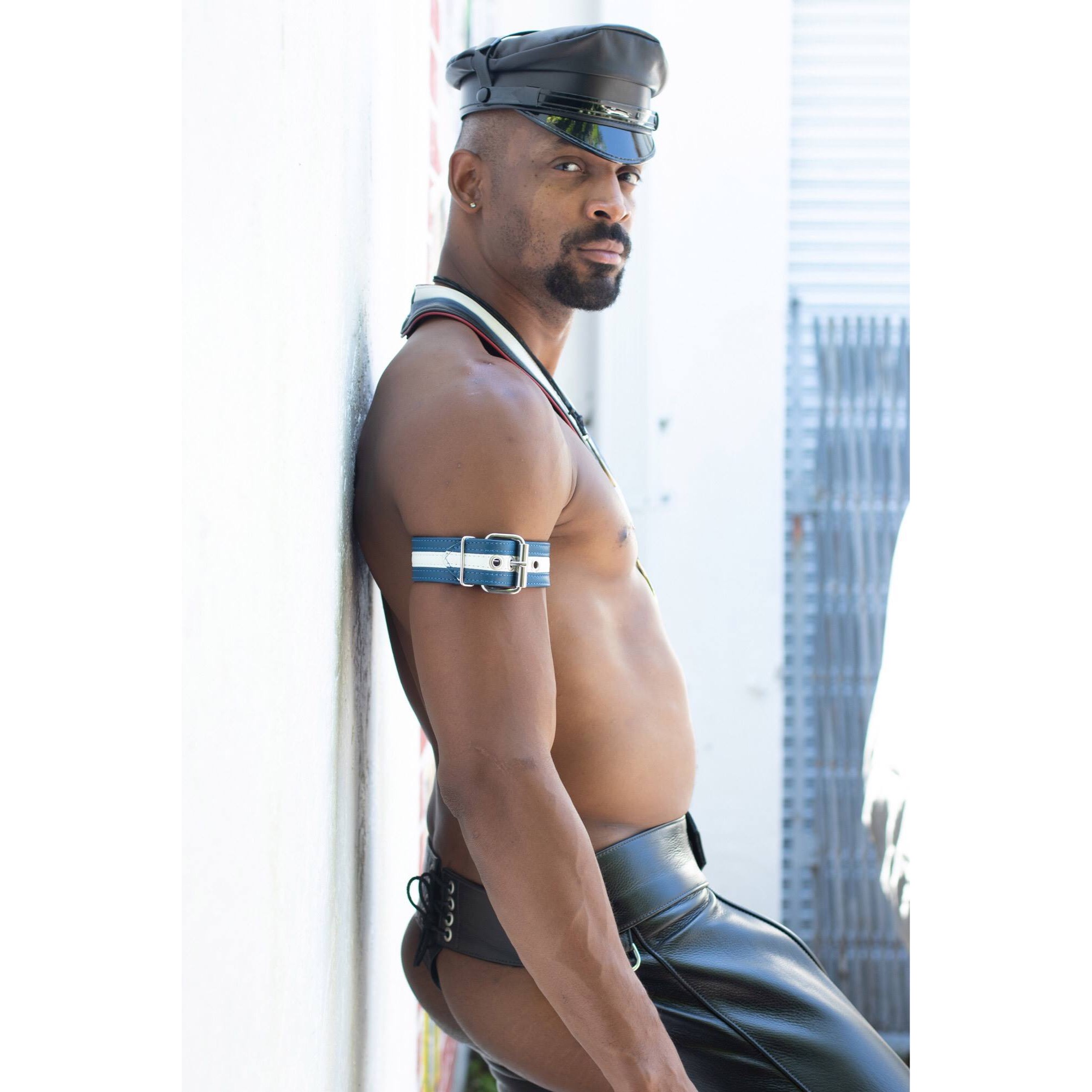 Living life to the fullest, and learning along the way, is James’s aspiration in life. He tries his best to follow three rules: Have Fun, Respect, and Never Give Up. James believes in surrounding himself with people that challenge him for the better. Sharing his life’s lessons and whimsical attitude, James works hard to give back to his community in and out of leather. He’s a coach/choreographer for Hip Hop,Cheerleading, and power tumbling. James is a friend and mentor to his athletes and their parents. James’s Chosen and Bio family is his support system, and most precious treasure.

James seeks to create an experience in the community that doesn’t exclude but includes everyone that has passion for the community and lessons to learn, thus creating journeys that will grow the Leather community as a whole.

He believes that if you “Show the world your moves; who knows you just might move the world.” 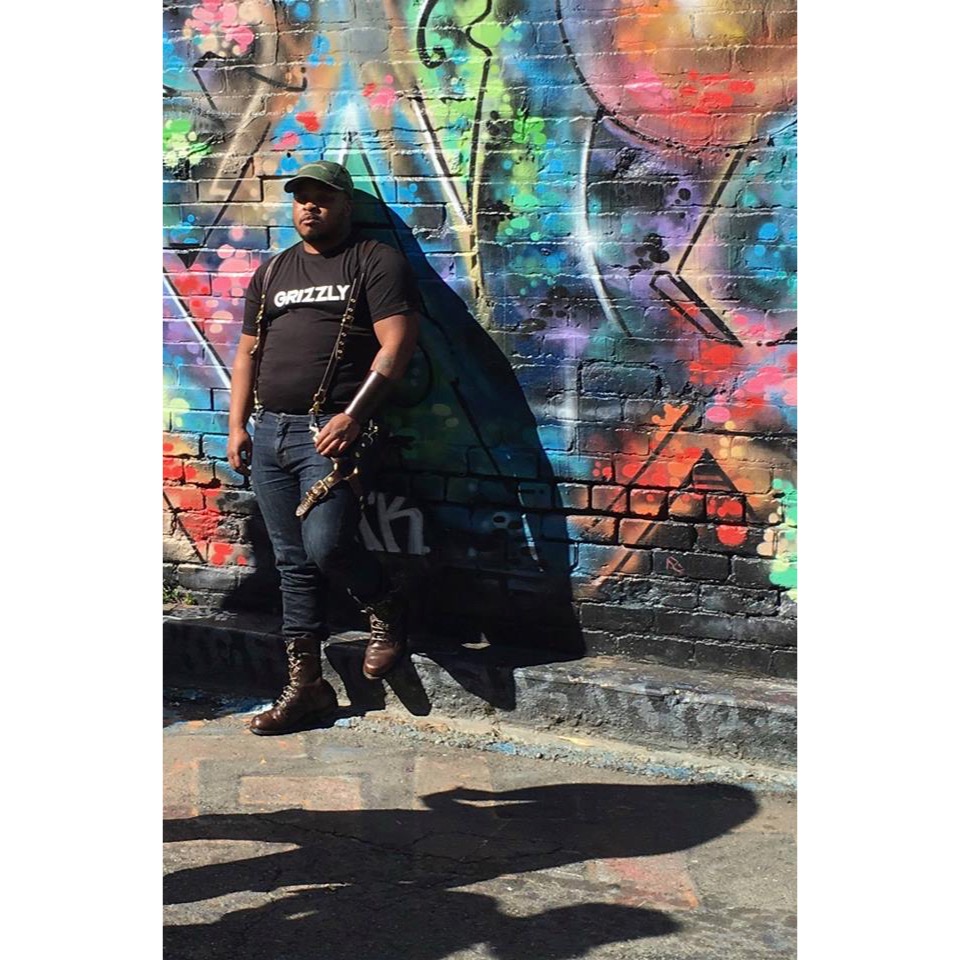 Sometimes affectionately referred to as Dude Complex, Trey Fletcher has been a longtime volunteer and advocate for the LGBT+ community at large. He initially established his own leather roots by volunteering his time with the Knight Hawks of Virginia.

With the support and early guidance of the Knight Hawks, his personal journey into Leather commenced. In the Bay Area, Trey was a past member and volunteer for the Alameda Country Leather Corps. Before retiring as a veteran of the United States Coast Guard, he was a forerunner in his career as one of the first black trans men within the Coast Guard. He helped pave the way for other Coast Guard Members that identified as LGBTQ+ were serving, by coordinating various events such as speaking panels and a variety of official Coast Guard Pride festivities.

Early on, he had decided to use his position within the various communities to elevate the voice of others by becoming a featured speaker for the LGBTQ Speakers Bureau, as well as continuing his role of being a longtime outreach leader for black trans men nationwide.

Trey’s desire to create a visible home for him and other gay/bi Leathermen of color lead him to become one of the Founding Fathers of Onyx Northwest where his is currently serving as President. 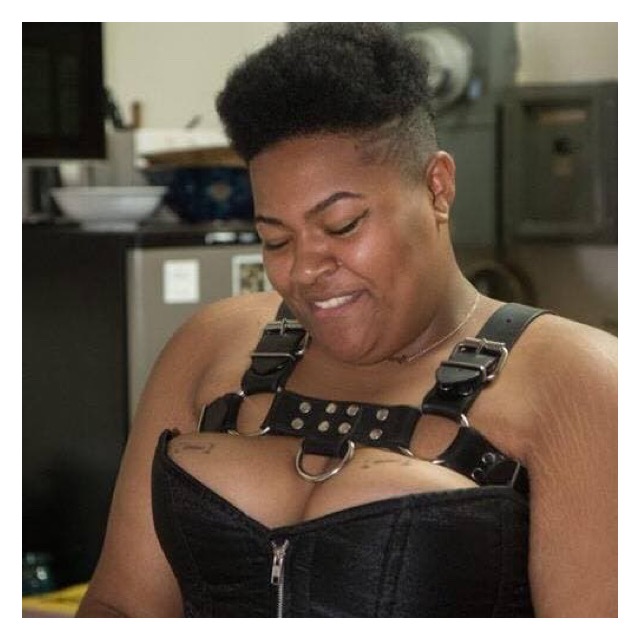 Co-Coordinator of The Exiles

This brickhouse of a bashful mutt - Keao Lani, also known as Kea – is a joyful masochist who dove into the BDSM scene in 2013. Becoming devoted to volunteering, Kea was eager to learn as much as they could; quickly discovering an affinity for being of service to community. They became an established student of Foundations in 2015 and was patched into The Exiles in 2016. In 2018, Kea was recognized by SF Leather Alliance with “The Next Generation Award”. Currently, Kea serves as the Co-Coordinator and Public Relations/Outreach Officer of The Exiles as well as on the marketing and Social Media team of Ms. SF Leather contest and IMsBBL. When Kea is not volunteering, they can most likely be found blushing, sweating, and/or drawing- “where” is relative. 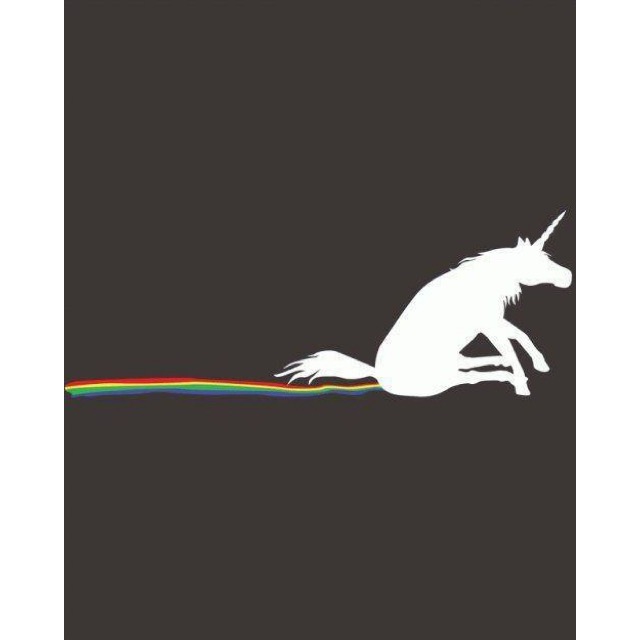 I’m Annie. I’m part of Ye Olde Middle-Aged Guard. Lol. I like to play all sorts of ways. I’ve played a whole lot with my boy and some others. I’ve taught a couple of classes over the years and been around the block a few times. I’ve been active in the public scene for more than 15 years. I’m queer. I’m fae. I am active in the planning process for my community group. I’m friendly and like meeting all sorts of folks. I try to live somewhat gently and love a whole lot. I want to live my life so that the Westborough Baptist Church will protest at my funeral. In my professional life, I am seasoned to the point of being salty. My hobbies, besides play, are writing and photography. I love music and art. I’m fluent in Spanish and always curious about cultures different than mine. I believe in working towards a better world. Our community has the power to change the world because when we play, we travel between the worlds and what is between the worlds can change the worlds. That’s why I am excited to be a part of Mr. SF Leather and see the role these events play in bringing us together. And like the children’s song goes, “The more we get together, the happier we’ll be”. 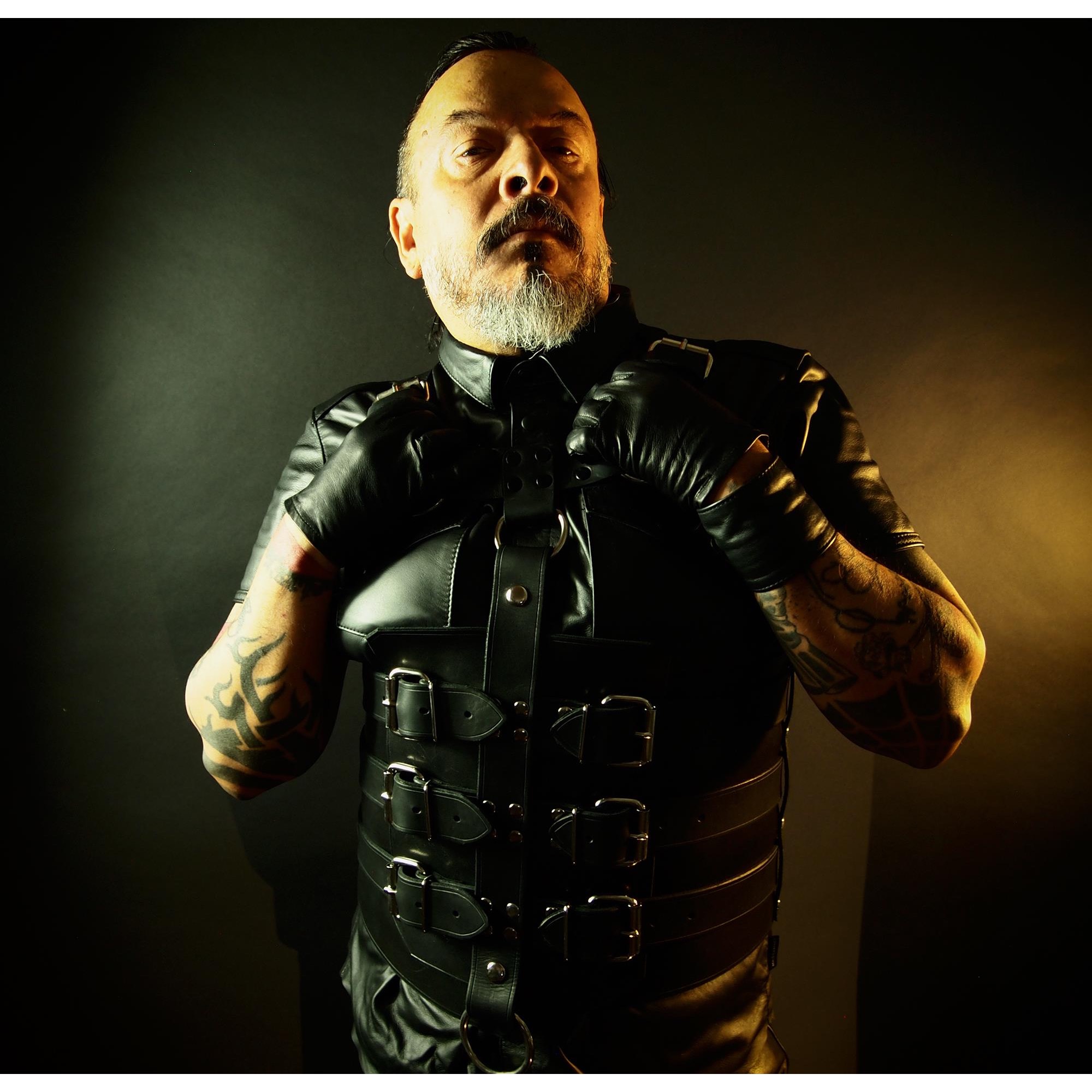 He is a proud member of ONYX Northwest’s first pledge class, as well as, SF Band of Brothers, a fraternal organization of leather titleholders. He is a tireless fundraiser and volunteer. He has a biological teenaged daughter and sexy boy name boy Robb.

Erick has volunteered for the Imperial Court for many years and has held various titles with the Ducal Court, including Royal Daddy 2015. He was part of the original 6 founding members of the YLDG, has done the Leather walk for the past 7 years, and has volunteered for Real Bad, Magnitude and various booths at Folsom Street Fair. He has written articles for Instigator Magazine (an Alpha Male fetish magazine) and for the past 5.5 years has been producing CODE at The Edge, which focuses on bringing leather and gear back to the Castro.

Mr. Lopez first started in the SF Leather contest scene as den boy back in 2011. After three years as den boy, he became Den Daddy where he stayed for another 4 years, for a total of 7 years in the den. After his first year in the den, learning how contests run, and working at The Edge Bar, he decided to revive the Mr. Edge Leather title which had taken a 4 year hiatus; he then continued producing that contest for 6 years. Erick has also taken part in helping start other titles such as Mr. Sober Leather & Mr. Chaps Leather, and has been den staff to other titles such as Mr. Daddy’s Barbershop Leather and Mr. Bolt Leather in Sacramento.

Last year he stepped up to a new role for the SF contest as the liaison between feeder contests producers and city contest producers. Contrary to popular belief, Erick has never held a leather title and likes to be a prime example that you don’t need one to do great community work.